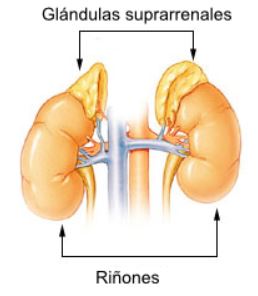 The glands produce cortisol, DHEA.  Many of the doctors who have expertise in treating chronic fatigue syndrome and ME consider that there is a patient group whose condition is not severe enough to satisfy the diagnostic criteria for Addison’s disease but who, nevertheless, produce inadequate amounts of cortisol. Various terms are used such as ‘adrenal fatigue’, ‘adrenal exhaustion’ or ‘function hypoadrenalism’.

Cold hands and feet, consistently low blood pressure, general weakness, needing to eat frequently, problems standing still rather than walking (e.g. standing in a queue is usually much more of a problem than walking), poor stress resistance, sometimes low body temperature or recurrent infections. There is also a group of hypothyroid (low thyroid) patients who get weaker and suffer symptoms such as palpitations when started on thyroid treatment and some of this group may have subtle adrenal under-functioning.

These patients may remark something along the lines of “I was started on thyroxine/armour thyroid and I immediately felt worse and began to have palpitations and feel weak. So I stopped the thyroid medication”. Many individuals who have low adrenal function may be very tired in the morning (as may many hypothyroid patients) and take a long time to ‘get going’. [Link: Further information on the Thyroid Gland]

How may the adrenal glands function be tested?

The standard medical adrenal stimulation test for Addison’s disease is administered to most patients complaining of severe fatigue. A diagnosis of Addison’s Disease is extremely rare.

There is another group of patients who have many of the symptoms of Addison’s Disease but whose test fails to show up any problem. Although salivary cortisol testing is controversial, there is evidence that it may be a reliable indicator of free (i.e. unbound or biologically active) cortisol levels with the additional benefit that the patient can carry out the test whilst going about their daily routine. This test is sometimes useful as an adjunct alongside the standard medical tests when there are suspicions of sub-optimal adrenal function in fatigue situations. For these patients ‘caught in the middle’ , testing of cortisol levels in the saliva using a home kit at 8AM, midday, 4PM and midnight,  may provide useful information in helping solve their fatigue problem.

My tuppence worth on ‘adrenal fatigue’.

I have been very interested and involved in the management and treatment of fatigue states for over 30 years as a doctor. Early on in the years when I first learnt about ‘under performing adrenals’ I would sometimes treat them in isolation. Sometimes we achieved excellent results, other times not much happened either positive or negative. The US endocrinologist who first really publicised adrenal under functioning was William McK. Jefferies MD and the doctor from whom I learnt about it was Sidney MacDonald Baker MD.

Dr Jeffries described how the adrenals produce 30 to 40 mg of cortisol a day.

I think that adrenal under functioning is probably an epi-phenomenon – really a downstream effect i.e. secondary to something else – and nowadays what I try and do is optimise everything else.

Make sure the brain chemistry is okay, reviewing and investigating hormonal status in female patients because there is a close relationship between the ovaries and the adrenals.

Restore the sleep, dampen down the level of inflammation from the gut and try to provide the appropriate nutrients for the adrenals rather than just ‘pushing’ them. It is also worth remembering that probably a lot of issues such as low blood pressure, low tissue blood supply are probably due to glitches in central controlling mechanisms in the brain and these are probably the product, also, of inflammation.  I seem to get much better results these days addressing the patient’s overall health than I did 20 or 30 years ago when I was focusing very closely on just the adrenals. 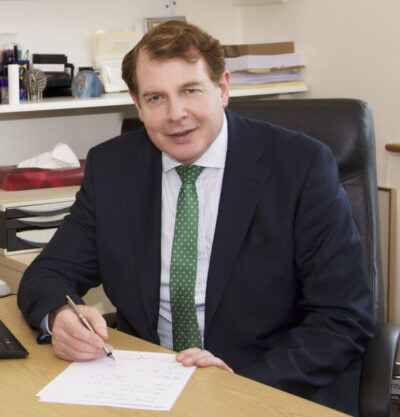