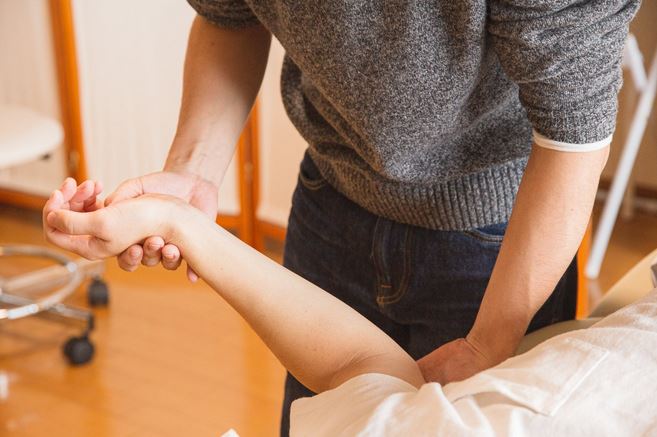 This webpage is about functional medicine treatments for fibromyalgia. It is not about the routine medical approach. There is a brief introduction, though, providing the standard information in case you know very little about your condition.

If you have any long-term illness

This web page is in two parts

Part One: Basic Standard Medical Information about Fibromyalgia Syndrome – the ‘Learn to Live with it’ Approach

Fibromyalgia is just really a‘label’-not useful for much more than certifying illness for occupational reasons:

As well as widespread pain, people with fibromyalgia may also have: Increased sensitivity to pain,  extreme tiredness (fatigue). muscle stiffness, difficulty sleeping, problems with mental processes (known as “fibro-fog” such as problems with memory and concentration), headaches, irritable bowel syndrome (IBS, a digestive condition that causes stomach pain and bloating)

“In the past, doctors would check 18 specific points on a person’s body to see how many of them were painful when pressed firmly. Newer guidelines don’t require a tender point exam. Instead, a fibromyalgia diagnosis can be made if a person has had widespread pain for more than three months — with no underlying medical condition that could cause the pain.”

While there is no lab test to confirm a diagnosis of fibromyalgia, your doctor may want to rule out other conditions that may have similar symptoms.

Part Two: Fibromyalgia – a functional medicine approach – If you have decided you would rather try to not have to live with it

Hint: Don’t forget the statement above that seven women suffer from fibromyalgia for everyone male sufferer.   So hormones might just be very important 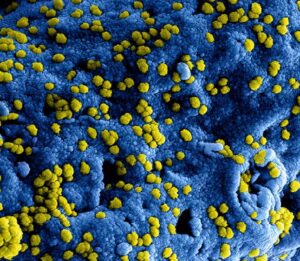 Let’s imagine that patient is a 48-year-old female who is going through a somewhat early menopause and she has been having menopausal symptoms for the past two years and the fibromyalgia and associated symptoms only presented about one year ago.

This lady has really felt very well all her life up until now. In a case like this it might well be worthwhile to probably limit initial investigation and intervention to normalising vitamin and mineral status as much as possible and of course replacing the missing hormones. This alone coupled  with a few nutritional medicine ‘tweaks’ might give a very nice result.

A very different case  -much more complicated. Let’s suppose that this patient is male aged 40, has digestive disturbance, severe aches and pains everywhere, wakes every morning feeling tired with a low, low mood and  a ‘thick’  head and this has gone on for 15 years i.e. health has always been somewhat fragile. This person  had lived in a damp house for three years in his 20s at which time the symptoms began.

This patient also has prostate symptoms, persistent sinus issues as well as the  fibromyalgia symptoms. There is also chemical sensitivity and he finds that he can have a few glasses of spirits without feeling unduly sick/hungover  but even small amounts of wine or beer make him feel nauseated,  sick and hungover the next day.

This gentleman also finds this that his nose is “running like a tap”,  sinuses are congested all the time and are  uncomfortable 24/ 7 and he is suffering from frequent and severe sinus infections each winter. He feels much sicker in damp weather. There are reactions in some foods.

On the basis of medical history this person may well have a fungal issue, may well also have an environmental chemical overload, his liver maybe sluggish in terms of detoxification pathways and his toxin elimination is probably slow. Let’s say the tests come back  and show  fungal toxins in large amounts and also a chemical overload. Food testing shows a reaction to candida albicans.

[Other symptoms in a patient’s history which might make me suspicious of a fungal problem would include sensitivity to bright light, sensitivity to electrical shops, a metallic taste in the mouth, coughing, chest pain, shortness of breath, abdominal pain and nausea and diarrhoea. The list goes on and on!]

This patient is going to need antifungals, is going to need to make sure that his home environment is clean and dry  ( fungus thrives in the west and the damp) , is going to need agents to help with liver detoxify better i.e. to improve the liver’s ability to eliminate. The digestive system will also need clean-up. So detoxification would also be useful in addition. Allow-carbohydrate, low mould content diet also is indicated otherwise the infection may never go away.

With the patient in this kind of situation the first priority will be to improve detoxification and elimination and only then move on to antifungals. This will likely mean attention to enhancing liver activity, kidney activity and helping the lymph system..

Also this patient will  have a longer road to recovery to go than the lady above. Being too aggressive too soon with antifungals initially may make this patient even more sick.

So one has to try  to get some sort of decent interim improvement This is where anti-inflammatory/anti-infective treatments like ozone can really be useful and also intravenous vitamin and mineral infusions can help to get decent interim improvement for the patient while the long-term issues also are being worked on. This can be fantastic for giving a patient a good start back towards wellness.  If it works well, the improvement can be very dramatic.

Then in the fullness of time it will also be necessary to use antifungals, reduced carbohydrate intake in the diet et cetera.  One is hoping, also,  that this gentleman’s prostatic symptoms also are likely to fungusand may well disappear following treatment

The hope is that by virtue of treating this person comprehensively one could eliminate the fibromyalgia aches and pains /symptoms but also bring back energy for family, work and social life.

Get the patient sleeping well again, get the sinuses pretty well 100% under control ,  and treat  the chemical sensitivity so that this person had a clear head, a well-functioning digestive system and a body that enabled him to do both his job and enjoy his family life, get his libido back and generally get on with things.

Despite the fact that in medicine  we may classify fibromyalgia as one entity it really is just a symptom and the underlying causes differ very significantly from patient to patient. There is absolutely no one singular causeof fibromyalgia.