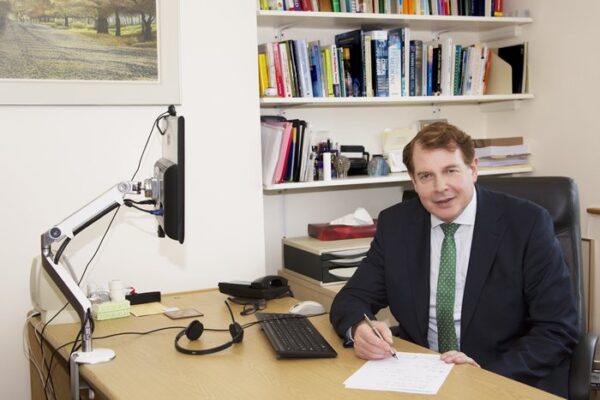 My career and how I became involved in the care of the patient with unexplained symptoms/mystery illnesses.

I taught for the Helms  Medical Institute/University of California Los Angeles Continuing  Medical Education Program  part -time from 1993 until 2003.  I have undertaken a lot of extra raining over the years in functional medicine and nutrition, environmental medicine, acupuncture, the use of hormones in chronic illness  et cetera. It is a long list. I a coroner/medical examiner whilst practicing  Northern Alberta

How I became fascinated by the care of patients with unexplained symptoms/mystery illnesses. My basic philosophical stance.

My career goal was to be a medical ‘fixer’ of people.  I always wanted to be a G.P.  I still have  an upbeat idealized view of the potential of good medical practice to restore lives. I want to know  that I actually make a difference to the lives and well-being of the people who do me the honour of coming to consult me rather than just working to earn a living.

Having read Somerset Maugham,  A.J.Cronin and Axel Munthe. I thought being a doctor would be very exciting :understanding my patients symptoms /problems via a careful inspired medical history, examination and investigation and making them, feel really well again. “Wow” I thought it will be so satisfying.

The patients will be delighted with me (some young adult ego there -I wanted the ego strokes !) Instead I found myself ‘managing’ symptoms and ‘supervising’ illnesses. I just really didn’t have a lot to offer beyond lab tests and pills and reassurance that “nothing serious is wrong”. Which would then be followed by me, as subtly as possible and protecting my fragile ego as much as I could, gently moving the patient towards the door and hoping they wouldn’t tell me how disappointing my medical skills were and that they would keep their disappointment to themselves and not let loose on me.

My medical education (six years medical school, one year’s internship and three years GP training) was fascinating and equipped me well to diagnose and treat well-described illnesses. I realized when someone needed urgent medical intervention.  I knew the red-flag symptoms. I knew how to screen and treat disorders such as high blood pressure or abnormal glucose metabolism.

After a few years as a GP I realized many, indeed most patients who came in my consulting-room door did not have well-defined illness. These people had pains and aches and sleep problems. Others presented sudden attacks of anxiety  but 99% of the time they were rocks of sense. Well-adjusted teenagers complained of severe, crippling unexplained period pain despite normal gynecological investigations.

Others might come in with PMS or its more terrible twin, PMDD. Some people would suffer from low mood for part the year. A woman might say to me “I really love my husband and he is fantastic in every way. We used have a great sex life but now, although I am only thirty-eight, I cannot bear him being close to me -even his breathing puts me off – I  have all the passion of roadkill”.  Don’t forget the unexplained horrible headaches and the crippling migraines and vertigo the tempestuous mood swings.

So here were sane people with normal tests and difficult-to-treat symptoms. Now it was impossible that all of them could be depressed but in 1986 I just did not have any other arrows in my medical quiver. In the 1980s, especially . the go-to treatment in these conditions tended to rely heavily on anti-depressants.

In desperation I frequently resorted  to prescribing antidepressants – I could be very persuasive at getting people to give the ‘happy pills’ a go.  Unhappily, though,  the magic pills were far from magical person also had to deal with the side effects of antidepressants. I slowly realised that this was a very flawed medical treatment model.

Most people attending doctors with long-term illnesses have symptoms but no ‘disease’ with a well-defined, effective treatment

I tried to find answers in the medical textbooks. There must be an answer somewhere in these large tomes written by these individuals which prestigious hospital affiliations and research CVs as long as your arm! It was fruitless. Sadly there was no textbook which told me what I needed to do to investigate and treat these people.

The vast majority of them had been investigated carefully by very competent, caring usually specialist, doctors. A significant percentage , pretty well most, would end up being diagnosed as having ‘stress’ type problems or ‘somatisation disorder’ diagnosis – the implication was that psychological or emotional stress was showing itself through the body and that was the essence of the problem.

I just cannot accept this simplistic cant.Whilst I do not deny the role of stress and illness – that is plain.However I think that this stress probably was just one more straw added on top of a biochemical abnormality whether endogenous or acquired.  In my current understanding biochemical abnormalities render an individual prone to illness and then stress is super added to the situation resulting in illness. If one can find out where the biochemical abnormality is then often the person may recover more or less completely. Skills to help the person cope with stress will also enhance response and are not denigrating the role of psychotherapy and counseling in helping all of us deal with stress.

Sidney MacDonald Baker MD who is an outstanding Ivy League educated physician sates: “if you have a tack in your shoe then it is going to take an awful lot of psychotherapy to remove it.” Dr Baker refers to that as the “one tack rule”. Dr Baker’s two tack rule states “if you have two tacks in your shoe then removing one will not necessarily make you feel 50% better”.

In 1988 when I was eight years qualified I  embarked on a massive self-education campaign which would involve travel in Europe, the US and Canada.

I knew I needed to see medicine differently.

I realized that dismissing so many patients suffering from ‘stress’  or ‘somatisation disorder ‘ was an intellectually lazy way out. This self-delusion allowed doctors and medical people to shift the blame back on to the patient and avoid self honesty. For many doctors it is inconvenient and time-consuming to become engaged in the treatment of chronic illnesses.

Additionally for many physicians there is a cognitive dissonance and part of protecting fragile professional persona is to fool ourselves that it really is the patients fault that they are not getting better rather than our disease based diagnostic rigidity which fails, frequently, to look beyond meaningless labels such as fibromyalgia or  to label everything from patients who might have low morning mood to those suffering from brain fog to  lack of physical energy lumping them all together as suffering from a ; depressive condition’. I knew that I needed a new paradigm.

I took all the courses offered by the Acupuncture foundation of Canada. I went through the quite rigorous training of the University of California Los Angeles training in acupuncture and pain management for physicians. I subsequently taught on this course for several years whilst I was living in Vancouver traveling down to the US to teach and continued to work part-time for several years after I had moved back to Ireland.

Some patients got better with acupuncture but I realised I needed more skills. Many of the doctors whom I taught with on the UCLA CME teaching group had practices similar to what mine now is.

I realise that many patients were sick as a cellular level. I knew I needed to do a lot more on the biochemical front and that I needed to gain a deep understanding of inflammation, and the digestive and immune systems. I knew that I really needed to know everything there is to know about ovarian hormones to be able to treat women with hormonal and mood problems.  I joined the American Academy of Allergy and Environmental Medicine and took their training courses. I used take a week at a time of study leave from my practice in Vancouver. I would then travel to the clinics of doctors like myself who spend their days seeing patients with medically unexplained symptoms. I learned how to administer intravenous vitamin and mineral infusions. I did more training in functional medicine and took the Applying Functional Medicine in Clinical Practice training. I joined the British Society for Environmental Medicine and find their peer group and educational support useful. I trained in medical ozone therapy in Germany, and in the US in Nevada and California. I studied the use of Prolozone which is ozone joint injection. Basically I went wherever I could to learn how to treat patients with mystery illnesses and brought all this back to my practice in Dublin.